Benjamin Kim Oser is a Korean adoptee from Mapo-gu, Seoul. He joins Camp Naru bringing over a decade of leadership development and programming experience in higher education settings – New York University, Drexel University, University of Delaware, and La Salle University. In addition, he comes with seven years of camp experience as the former camp director of Sejong Camp New Jersey.

He cites that his passion for this work comes through his own experience in understanding identity development from his master’s degree program at New York University and his three-year teaching English experience in Korea. He truly values the connection between understanding oneself and how cultural influences identity.

His first experiences with cultural-based camps came in the form of the Holt Camp, organized by Holt International, and adoption organization, where he spent several years as a camper for before becoming a counselor. It wasn’t until his return from Korea in 2012 that he first became involved with Sejong Camp, organized by Sejong Cultural Education, Inc. He served in the capacity as counselor for two years before being asked to transition into a leadership role as camp director. Since 2014, he has served as the camp director and built a comprehensive and dynamic program to connect Korean American identities.

He is thoroughly excited be a part of the Camp Naru family, because he believes that everyone should have the opportunity to be in a safe space to discover themselves and how they connect with their cultural heritage. In addition, this unique experience that camp offers can be a powerful tool for young people to build self confidence, develop an understanding of their shared experiences, and cultivate meaningful relationships beyond their immediate communities. 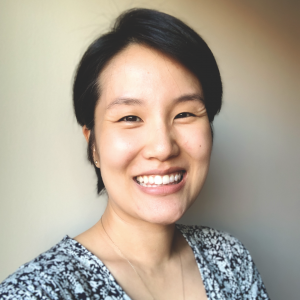 Jeong Hyun Jennifer So (소정현) oversees staff recruitment and development and parent communication at Camp Naru. Jen immigrated from Seoul, South Korea to Salisbury, Maryland with her family on the eve of turning 12. Since then, she spent her formative years as a 1.5-generation Korean American in the suburbs of southern Maryland and Long Island, New York. Jen’s love for people, her immigrant experience, and her Korean-English bilingual skills led to various professional opportunities with immigrant youth and communities in New York City, and women and girls in South Asia. Jen first joined Camp Naru as the Mental Health Advocate in the summer of 2022. In her role, Jen had the privilege of prioritizing the physical, social, and emotional well-being of 110+ campers and facilitating the LEAD class, where campers and counselors engaged in structured and honest conversations about Korean American identity and community. When not working with the wonderful campers, staff, and parents of Camp Naru, Jen spends most of her days as a PhD candidate at Columbia University, where she studies how social policies influence the ways in which people use their time and how time use affects people’s well-being. Jen holds an MSW from Columbia University and a BA in psychology from New York University.

Charles Kim is Managing Member and Co-founder of Alpine Group, an investment management firm. He received a Bachelor of Science degree from Binghamton University in Management and Finance. Charles and his wife Jean Su Maeng Kim are dedicated philanthropists and proud parents of three young children. They are prominent supporters of Binghamton University, establishing a scholarship for incoming students from New York and the US Virgin Islands. They also provided a gift to establish the YS Kim Korean Student Center, dedicated to the memory of Mr. Young-Sam Kim, father of Charles and his brother James. Recently, and also in honor of Mr. Young-Sam Kim, they established the YS Kim Foundation, a philanthropic organization focused on creating lasting impact through arts-based and youth development initiatives and financial support to community and educational nonprofit organizations. Charles serves on the Board of Directors for Binghamton University Foundation and was awarded the university’s highest honor, the University Medal. In addition to his work with Binghamton University, he serves as an advisor to BEAT Global, an organization that works with youth to connect education and the arts. He was honored on the 2020 Ferd’s List of Inspiring Entrepreneurs and Leaders, an initiative created by Junior Achievement Europe. 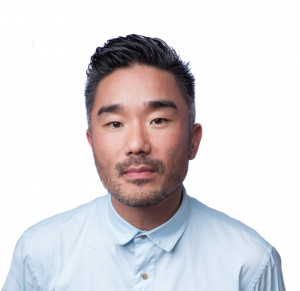 James serves on the Board of Directors for YS Kim Foundation. He is also Founder and Executive Director of BEAT (Bridging Education & Art Together), a nonprofit with a mission to develop inclusive, accessible arts education rooted in Hip Hop culture. Through programming, clinical research, and professional development, BEAT champions Hip Hop as a dynamic tool in improving physical and mental wellbeing. A graduate of Binghamton University, James started his career at Comedy Central and MTV Networks and founded BEAT in 2009. James is a 2017 Camelback Ventures Fellow, member of the BMW Foundation’s Global Leadership Council, member of the NationSwell Council and 2020 Honoree of the Korean American Association of Greater New York. James and his wife Arsie live in Brooklyn with their daughter and dogs. 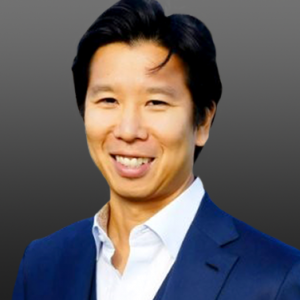 Andrew Park is a Member of Alpine Group, an investment management firm. He manages and oversees Alpine’s investments, operations and philanthropic activities. Prior to joining Alpine, Andrew has spent his career working in Finance as a portfolio manager and advisor to  foundations, endowments and high net worth individuals. Andrew received a BS in Management and Finance from Binghamton University, and earned both an MBA and an MS in Risk Management from the NYU Stern School of Business. He serves as Treasurer of the YS Kim Foundation and is on the Board of Directors of the Virgin Islands Children’s Museum located on St. Thomas, USVI.  Andrew and his wife Lynn have three young children. 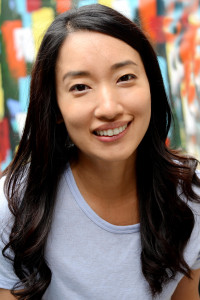 Dr. April Bang currently serves as the inaugural Executive Director of the YS Kim Foundation. She has diverse and extensive experience as a practitioner working across the fields of human rights, criminal justice reform, international rule of law development, economic policy, and education. For over a decade, April has worked with national and international leaders in government, nonprofit and multilateral organizations, business, and healthcare. With prior training in social entrepreneurship and adaptive leadership from Harvard Kennedy School and adult learning and leadership from Columbia University, she has helped people strengthen their capacities to address complex challenges as they mobilize and lead change in organizations, communities, and society. April is also an artist-educator and certified executive coach. She holds an Ed.D. and Ed.M. from Teachers College, Columbia University, an MPP from Harvard Kennedy School, and a BA in economics from Smith College. 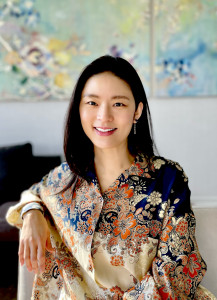 Dr. Boram Nam is currently the co-founder of Boram Postnatal, a hospitality startup focused on postpartum mothers and their new born babies. Previously, Boram was part of the founding team at DramaFever which sold to Warner Bros. in 2016. She oversaw licensing operations and content acquisition for Korean content. Boram is passionate about defining and instilling the Korean American identity in future generations of Korean Americans. Apart from her work at DramaFever introducing Korean television content to mainstream America, she also founded the Korean language school at Manhattan-based IN2 Church. Boram has a BS from the Cornell School of Hotel Administration, an MBA from Yonsei University in Korea and a PhD in behavioral marketing from the Zicklin School of business. She lives in Manhattan with her husband and two children. 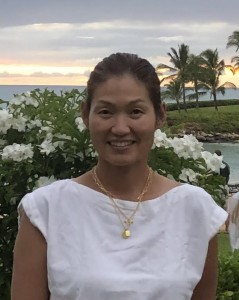 Christina Pak is a mother of three teenage kids, Matthew (16), Katie (14) and Julia (12) residing in Manhasset, NY. She brings over 10 years of experience working in merchandising and planning, marketing at Macy’s, Saks Fifth Avenue and Federated Stores. She also held brand management positions at Avon, Inc,  and L’Oreal prior to moving to Long Island. Her last position was as a Marketing Director at Lee Jofa, a luxury fabric company before making the decision to stay at home with her children. She graduated from New York University with a Bachelor of Arts degree in Psychology in 1996. Christina has a passion for community service and seeks to serve those that are in need. She seeks to advance the next generation of Korean children, so that they grow up with cultural awareness and within a tight knit community. Christina currently resides in Long Island with her husband, three children, and her Cavalier King Charles Spaniel, Caramel. 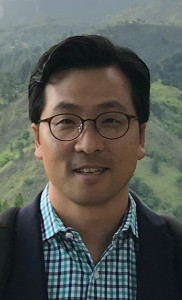 Ted Lee is the Senior Vice President of Operations at Akumin, a leading provider of freestanding, fixed-site outpatient diagnostic imaging services and responsible for service delivery and transformation of patient journey. Prior to joining Akumin, Mr. Lee helped transform customer service operations at Humana and Samsung Electronics America by leading next class service solutions and leveraging new technologies. Mr. Lee and his wife have two sons, Jake (9) and Benjamin (6) residing in Norwood, NJ. He has been coaching their soccer team for the past three years and also served as a board of director for Norwood school soccer program. Additionally, he has been involved with the alumni interview program for the University of Pennsylvania the last 10+ years. Mr. Lee has a BS from University of Pennsylvania and an MBA from Columbia Business School. 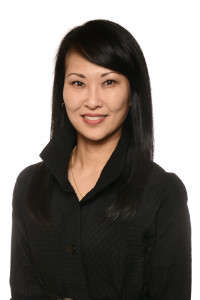 Jeanah Hong joined the Science department at the Rodeph Sholom School in the spring of 2021, and continues to teach science and serve as the new Director of Creation Lab / Technology Integrator.  She is also an advisor for 7th grade. Born and raised in Michigan, Jeanah spent almost twenty years at Sae Jong Camp as a camper, a counselor, a program director and finally as the camp director and founder of the board of directors.  Jeanah earned her Master of Education from Columbia University and has both a Bachelor of Science and an MBA from the University of Michigan. Jeanah not only comes to us with an experienced background in Math and Science Education mostly at the high school level in the New York City public schools, but has also served as a project manager at the NYC DoE, and has extensive experience as a business owner/operator, a contracted COO of a healthcare startup, and as president of her own business consulting firm. In her spare time, Jeanah loves travel, exercise, teaching yoga, and is a singer. 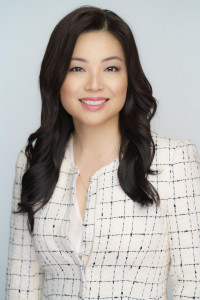 Clara Chung is a real estate broker with Douglas Elliman, one of the largest brokerage firms publicly listed on NYSE.  She is a member of a top-producing team based in Manhattan.  Previously, she spent over a decade in executive positions at finance and technology companies including Goldman Sachs, eBay, PayPal, and American Express.  She has served on the Board of Bubble Foundation which merged with Edible Schoolyard, an educational non-profit bringing innovative nutrition and wellness programs to NYC schools.  She along with her husband have supported numerous organizations locally and nationally, with focus on cultivating Asian-American leadership in politics, education, and performing arts.  Clara earned her MBA from The Wharton School of the University of Pennsylvania and a BA in Business-Economics from UCLA. Her passion for food and travel led her to obtain a degree in French Cuisine at Le Cordon Bleu in Paris.  Currently she lives in the UWS with her husband, two daughters, and their newest family member Louie, a Cavapoo puppy. 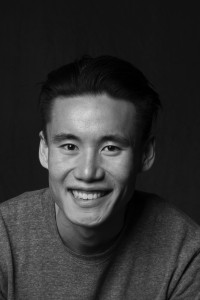 Kyle Lee is a former camp director for Camp Conifer from the Korean American Youth Foundation based in Los Angeles. Once a long time camper and former counselor himself, he became camp director and developed the camp’s counselor in training program, crafted an engaging environment for staff to grow into leaders, and shaped the camp’s safe environment for life-long friendships to flourish. He was thrilled to be passing the director baton to the next set of home-grown leaders to continue advancing the vision of camp. With an interest in human impact, design thinking, empathetic research methods, and creative approaches, Kyle attended Carnegie Mellon University where he received his Bachelors of Design. He now works as a design consultant in New York City where he advocates for human and equity centered approaches, helping companies develop surprising innovations and meaningful experiences.